The L-1 Blanket Program is designed to allow large multinational corporations to transfer their executives, managers, and specialized knowledge professionals to the U.S. without undergoing the often lengthy processing periods for regular L-1 petitions.

A petitioner which meets the following requirements may file a blanket petition seeking continuing approval of itself and some or all of its parent, branches, subsidiaries, and affiliates as qualifying organizations if:

A blanket petition is valid initially for a period of three years and may be extended indefinitely thereafter if the qualifying organizations have complied with the regulations. Managers, executives, and specialized knowledge professionals employed by firms, corporations, or other entities which have been found to be qualifying organizations pursuant to an approved blanket petition may be classified as intracompany transferees and admitted to the United States..

Managerial Capacity: Managerial capacity means an assignment within an organization in which the employee primarily:

Executive Capacity: Executive capacity means an assignment within an organization in which the employee primarily:

“I was extremely satisfied with the professional approach and handling of my L-1A visa case. I had applied earlier through another firm and had the visa rejected. When I contacted VisaPro, they went through all the earlier submitted papers and gave me assurance that the case had a lot of merit and we could file again. I am happy to note that we were successful in obtaining the visa. What stood out, for me, was the approach VisaPro had right from the beginning. They provided templates and reviewed the submitted documents several times before filing. At every stage assistance was provided and the responses were given in a timely manner. I would highly recommend them and would surely use them for my future needs.” Regards, 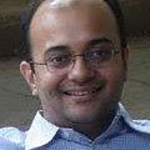