L-1 visa enables a company to transfer its managerial or executive level employees or employees with specialized knowledge to a parent, branch, affiliate or subsidiary in the U.S.

Company
For an employer to be eligible to sponsor an L-1 visa, the following conditions must be met:

Individual
Once the requirement of having a qualifying corporate relationship is met, the company may transfer an employee who:

Managerial Capacity: The term “manager” means more than just the position title. The USCIS looks at the job duties of the person to qualify him/her as an employee working in a managerial capacity. Managerial capacity means an assignment within an organization in which the employee primarily:

Specialized Knowledge: Specialized knowledge means special knowledge possessed by an individual of the petitioning organization’s product, service, research, equipment, techniques, management, or other interests and its application in international markets, or an advanced level of knowledge or expertise in the organization’s processes and procedures. A person with specialized knowledge is more than just a skilled worker. USCIS generally wants to see the level of expertise and whether the proprietary knowledge is generally available in the U.S.

Parent: A “parent” means a firm, corporation, or other legal entity which has subsidiaries.

Branch: A “branch” is defined as an operating division or office of the same organization housed in a different location. A branch does not have a legal entity separate from the head organization. It is generally registered as an office of a foreign company doing business in the U.S.

Affiliate: An “affiliate” is defined as one of two subsidiaries which are owned or controlled by the same parent or individual, or by a group of individuals where each individual owns and controls approximately the same share or proportion of each entity. 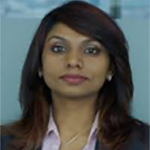